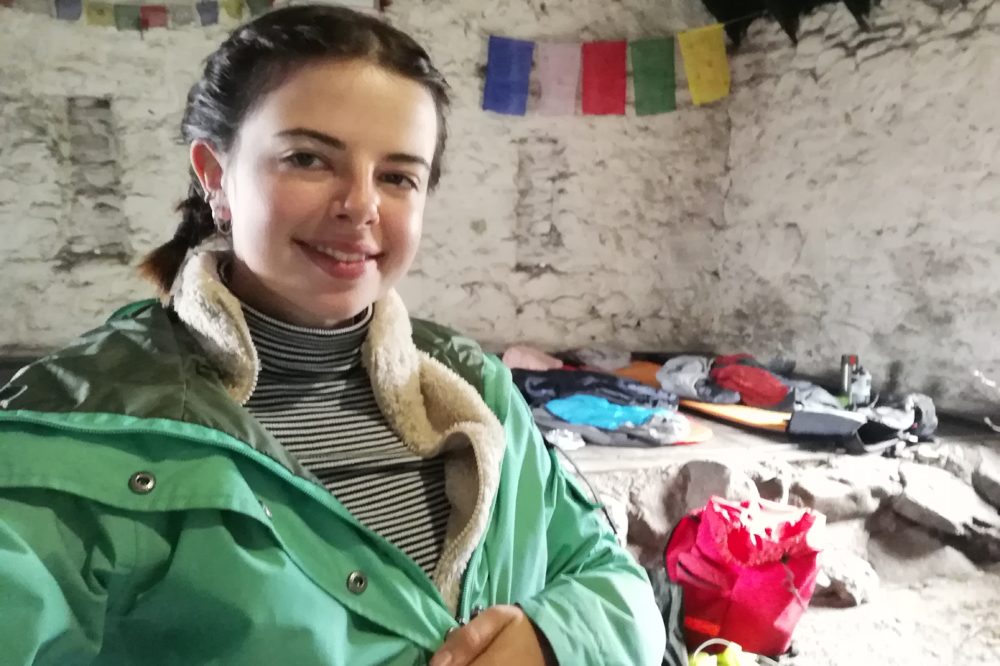 Early one October morning, me and a friend left my Southside flat and pegged it to Glasgow Queen Street station on our bikes, in a rush to catch our train out to Fort William. We were on the very first leg of a little cycle trip from Fort William back down to Glasgow, via two bothies on the way. This was my first overnight cycle trip where I was to take everything I needed with me on my bike.

Handily, I work in a place full to the brim with cycling enthusiasts all happy to answer my questions when I started planning my trip. I found chatting with people who’ve done cycle touring before to be a big help. It was immediately clear that anyone with even a little experience was hugely enthusiastic about it – I can now see why! Not everyone is surrounded by cycle-savvy co workers though, so I found a few blogs from cycle tourers were a help too. I was lucky enough to attend a Bike Touring event on at Bike for Good as part of Glasgow Women on Wheels festival, an evening of cycle touring talks told by five women with different personal experiences. Aside from being hugely inspirational and leaving me itching to get out there, the talk left me with some practical tips to get started. Areas to sort out seemed to be: clothing, food, route, sleeping equipment and packing the bike.

With clothing, layers was key. I’m sure I don’t need to describe Scottish weather to anyone – suffice to say it ain’t warm. But cycling long distances over a few hours, you do heat up. Layers were essential for the constant changes in weather / pitstops / roadside bike fixes / vital snack stops. You’ll need a solid waterproof jacket, not forgetting the trousers. Also vital was a whole set of warm, dry clothes to change into as soon as you reach a bothie. I kept mine in a drybag for minimum sogginess. And padded shorts. If nothing else, bring padded shorts. Your bum can thank me later.

Filling up water bottles in a waterfall!

For food we bought packets of curries that just need heating up along with rice, which, when you’re hungrily cooking on a camping stove, you should be prepared to eat a little raw. Porridge for breakfast, then we filled every available pocket with a homemade trail mix, oatcakes, sesame snaps and peanuts. A good amount of water bottles was a must and we had just over two litres worth each, as bothies rarely come with running water. One tiny camping stove later, plus some bowls, cutlery and mugs (teabags!) and we were set.

The route which we’d sorted in advance using a mountain bothies website was dictated by the placement of bothies available and the cycle routes between them. We’d planned on borrowing a friend’s Garmin, a GPS tracker designed for trips like these, but discovered the night before that we didn’t have the tools to get into it to change the batteries. So a hot tip of mine would be to organise your map earlier than the night before! Luckily I downloaded the Strava app on my phone and we took a portable phone charger, so no real sweat.

Bothies are basically sheds made of brick. They’ll often have raised beds in them, but those beds are also often made of brick or wood, so you should bring a sleeping mat and sleeping bag with you. Another golden nugget of advice: if you’ve the choice between two sleeping bags, one made for warmer climates that packs down small, and one for cooler climates that is a little bulkier, choose the bulky bag! A few cubic centimetres more space in your panniers is not worth a chilly night.

My bike, one made for touring that’s on the cheaper end of the spectrum was ideal. It’s got good tyres with grip, a sturdy frame and a pannier rack at the back. All I had by way of bags were my two pannier bags and a rucksack, which completely did the trick, though my bike was pretty back-heavy which left me feeling a little unsteady. My friend had a much bigger frame bag (mine was solely for trail mix) and a bag for his handlebars, which is probably a good future investment. Lorna’s touring bike at the front

Since the trip I’ve definitely caught the bug and can’t wait to go on another trip. As a holiday it’s cheap, it’s pretty much carbon-neutral and I can’t remember the last time I’d felt like I’d done a whole day of childish exploring outdoors – the type where you feel knackered by the end of the day – a proper adventure. Perhaps the most thrilling thing is that the possibility of more trips is all waiting on my doorstep – there’s so much of Scotland to see and I from what I’ve seen already, it’s truly breathtaking.

Inspired? Check out some of the cycling charities you can buy bikes from in Glasgow.