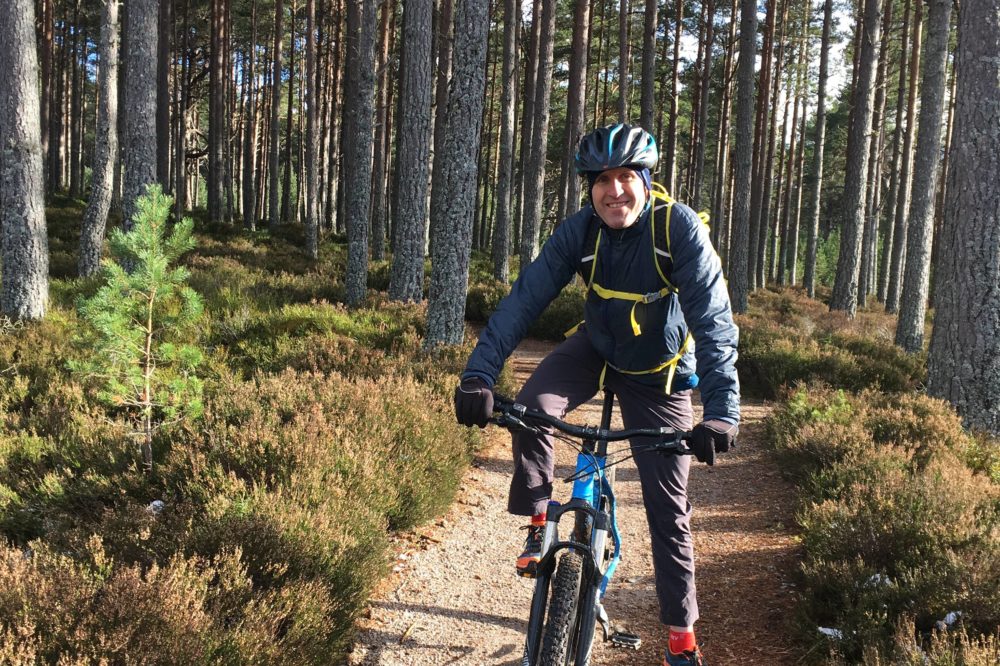 I was living in Maryhill, a keen cyclist and runner, when I fell extremely ill on 21st May 2016. I was taken by ambulance to the A&E department at Glasgow Royal Infirmary where doctors and nurses were waiting for me.

Following admission to A&E, I was admitted to the High Dependency Unit.  After several Lumbar Punctures, CT and MRI scans, it was confirmed that my illness was encephalitis – a rare neurological disorder characterised by inflammation of the brain. It was an illness I had never heard about before. I had already been diagnosed with Multiple Sclerosis in 2013, so this was difficult to process for me.

After four weeks in the hospital, I was discharged on the 21st June. It was obvious that my recovery was going to take several months, so I started to work hard to build up my strength.  It was a breakthrough to get back on my bike and ride along the Forth & Clyde Canal and Kelvin Way. I honestly did wonder if I would ever be able to do this again.  This was a huge boost, not only for my physical health but also for my mental health.

Cycling became a big part in my recovery and slowly, I started to cycle every day.  Distance and time on my bike was an indicator for how I was recovering.  However, due to a weakness in my left leg it took a lot more time to get back into it than I had hoped. I persevered! The key was to remain positive and to also recognise when I was pushing too hard too fast.

The strength was slowly returning, and I was feeling confident again. I looked forward to getting on my bike every day. On returning to work, I had to travel by bike because I wasn’t able to drive straight away.  I travelled all over the West of Scotland by bike and train for 6 months; even in the depths of winter!   It was liberating to be back at work and to explore the beautiful west coast by bike.   It was also a real talking point for the people I had to visit. They often couldn’t believe that I had cycled to the meeting from Glasgow!  Although I can now drive again, I try to travel by bike where possible both for my personal health but also for the environment.

I’ve now moved to Paisley, and living next to National Cycle Route 75 gives me ample opportunity to get riding. I love heading down the Southside through Pollok Park or out west to Lochwinnoch and the Clyde Muirshiel Regional Park. Road bike, town bike or mountain bike – it doesn’t matter to me.

Three years later, I have recovered fully and enjoy the freedom of being out on the roads and trails more than ever. I’m feeling lucky.

Have you thought about cycling to work?