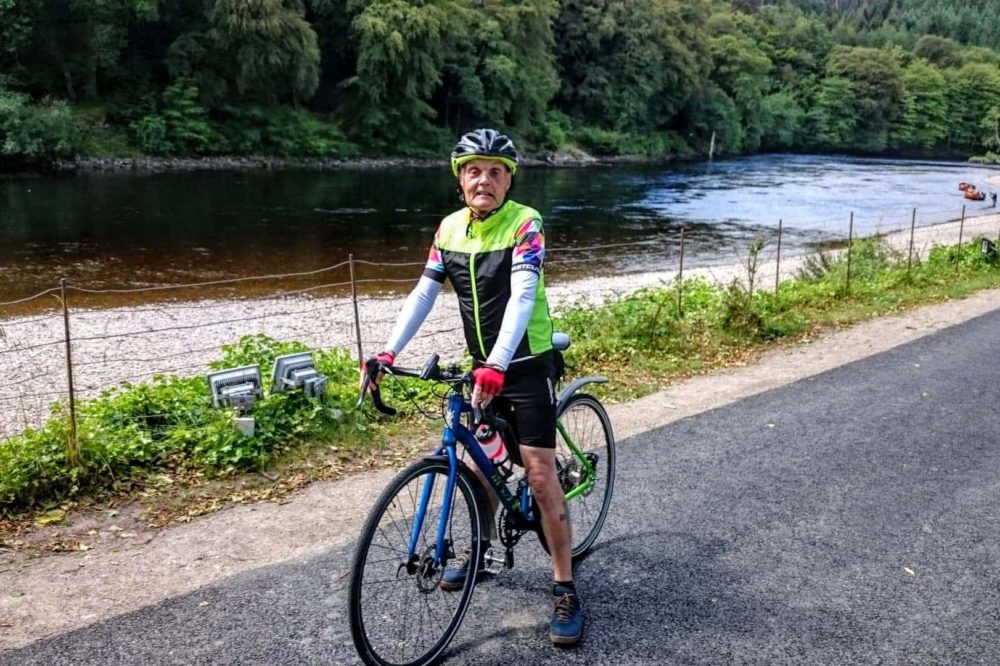 I started going to the Free Wheel North led rides several years ago. I had been cycling fairly regularly, but in a pretty aimless way. I saw the led rides advertisement at the White House and decided to give it a try.

At first a run across the city to Pollok park seemed like a slog. But gradually I realised that I could go further, and that with proper planning and breaks, like on the Free Wheel North rides I was able to stay out for as long as I wanted.

As my confidence and fitness improved I started taking on runs I would never have considered.

This year I have gone round Arran, cycled in Orkney, Perthshire and in Tenerife.

The biggest challenge I set myself, with support from Free Wheel North, getting my bike ready was a charity run from Glasgow to the Scottish Parliament and back the same day. Over 115 miles all on the canal paths. Before going on the led rides 15 miles was a big run.

I also feel confident enough after ride leader training to take young family members and neighbours on local rides. now also volunteers at the cycle track at Glasgow Green helping and encouraging others to cycle.

Two years ago I made a big decision, I sold my car and now cycle just about every day, throughout the year.

Free Wheel North host led rides all through the week, why not get involved in one?